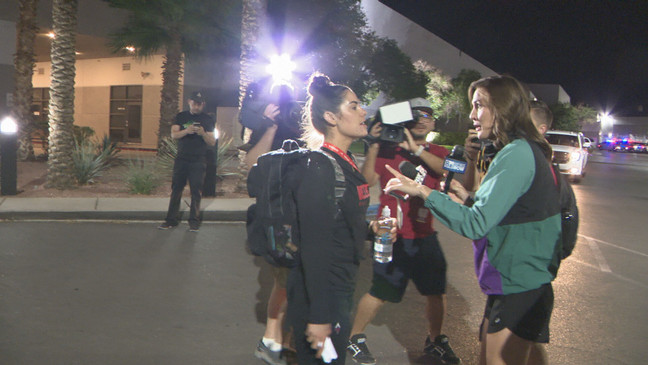 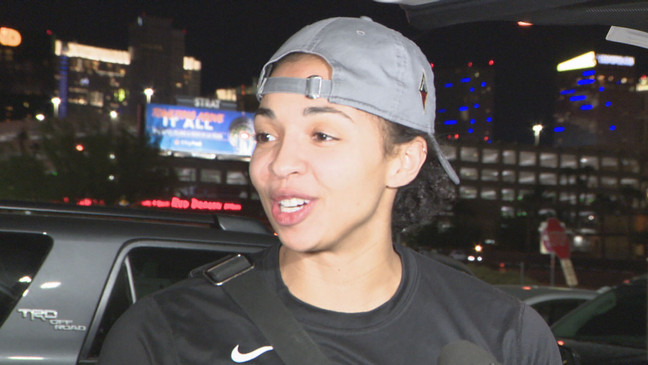 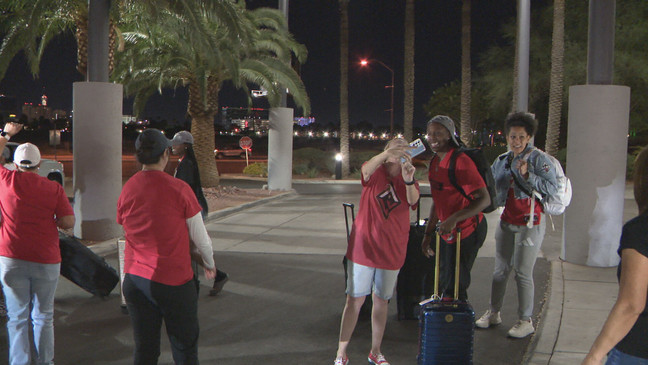 The Las Vegas Aces return to town on Monday, Sept. 19, 2022, after winning their first WNBA title against the Connecticut Sun. (KSNV)

The team arrived in Las Vegas around 1:30 a.m., less than 12 hours after defeating the Connecticut Sun in Game 4 of the WNBA Finals to clinch the first franchise title and the first major league championship in the city’s history.

Asked if the feeling of winning the title had set in, team president Nikki Fargas said she didn’t think it had.

“I’ve just been smiling a lot,” she said. “So I’m just gonna keep smiling. It’s a little bit surreal for a moment in time, then it sinks in and you’ve realized what you’ve done.”

Las Vegas defeated the Phoenix Mercury in the first round of the playoffs and the Seattle Storm in the semifinals before triumphing over Connecticut in four games. 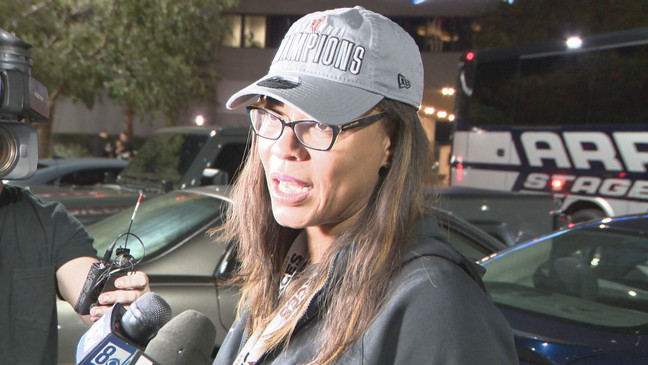 Team president Nikki Fargas talks to reporters as the Las Vegas Aces return to town on Monday, Sept. 19, 2022, after winning their first WNBA title against the Connecticut Sun. (KSNV)

The team had finished with the best record in the regular season and won numerous accolades, including MVP for A’ja Wilson and coach of the year for Becky Hammon, before securing the championship trophy.

“I mean, we’re the best team in the world, hands down. There’s no question about that, and we’re located here in Las Vegas,” Fargas said. “And for this community to embrace this team the way it has done in such a short period of time, we’re just so appreciative. We talk about this all the time when you’re coaching, your sixth man is really your fans.”

Aces fans won’t have to wait too long to celebrate with the team. A parade is already scheduled for Tuesday, September 20 at 5:30 p.m. along the Las Vegas Strip.

The team is also partnering with Toyota of Southern Nevada for pop-up shop locations this week so fans can get ahold of championship merchandise.